Trance is making a big comeback 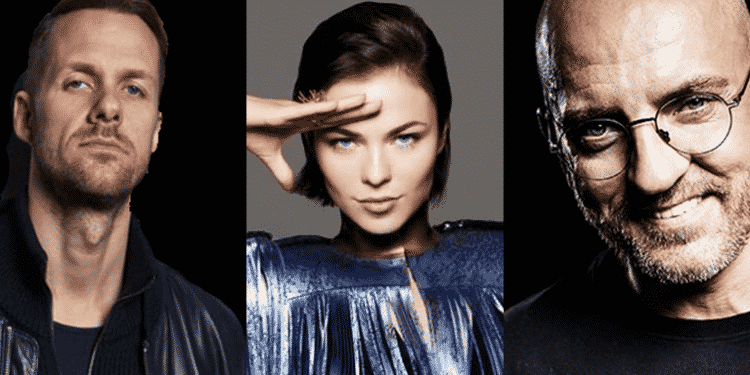 Trance is a genre of electronic music that reached the peak of popularity and the end of 90s and early 2000s with the names such as Paul Oakenfold, Tiesto, Paul Van Dyk and Ferry Corsten. Emotional brakes with uplifting melodies and 130 BPM was the first contact many had with electronic music.

Now, trance is a dirty word in dance music. A label few “underground” DJs would ever be comfortable with carrying. And while the term itself is not nearly as reviled and divisive as EDM these days, it certainly hasn’t been cool in a very long time.

This was a genre pioneered by the likes of Jam & Spoon, The KLF, and most importantly, Sven Väth, whose labels Eye Q and Harthouse released genre-defining albums like 1992’s Accident in Paradise and 1994’s The Robot, The Harlequin and The Ballet Dancer. It was the sound of Berlin’s Love Parade for years, full of techno-based rhythms and inspired musicality — miles away from the sappy, contrived, formulaic drivel it wound up becoming (and still is today).

As is all too common, what the genre gained in popularity it lost in originality, becoming a cheap copy of the original blueprint laid out by its founding members. And consequently, even as all things old school continue their unstoppable comeback, trance has remained one of the few early dance music genres not to see a resurgence in the world of house and techno — until now.,

There have been hints of this coming for a while, in the trance-inspired melodies in techno that have taken hold in the last few years. Acts like Solomun and Tale Of Us have made careers out of weaving dark, emotive techno with trance-inspired melodies. But few would call it trance (other than Mixmag, who dubbed this sound “man trance”), and aside from the fact that it occasionally uses synth-based melodies and vocals, shares very few characteristics with the roots of the genre. Plus it’s usually melancholic, something trance rarely is.

But even if it’s not trance, it has opened discriminating ears to the idea of trance. So much so that Bicep even recorded an After Hours Essential Mix that exclusively featured trance, albeit slowed down enough in BPM to make it brilliant instead of offensive. It worked so well that the Irish duo have continued to push the slow mo trance sound in their DJ sets. Seeing them in the DC-10 Garden at Circoloco recently, I heard both Orbital’s classic “Lush 3.1,” and Lauer’s positively sparkling “H.R. Boss” interspersed with Dennis Ferrer and Jerome Sydenham’s Pan-African Electro Dub of “Timbuktu,” giving that track’s already radiant trance-like melody even more of an uplifting glow.

There’s nothing tongue and cheek about Russian heavy techno purveyor Nina Kraviz dropping Binary Finary’s “1998” in Amnesia’s Club Room at Cocoon, though it was slowed down from its original breakneck speed to match the BPM of her set. She’s leaped far beyond hinting at the past glories of trance, very bravely jumping into the deep end, bringing a bona fide trance classic back for a well-deserved reprisal lately. Mind you, this isn’t “Age Of Love” we’re talking about. Even the most ardent techno fan has at least recognises that timeless female vocal line, and it could be argued that “Age Of Love” is techno anyway.

Familiarity aside, why wouldn’t she bring “1998” out of retirement? It’s a beautiful track full of wandering acid melodies that raise the hair on your arms without fail.

As if to almost prove the point, Drumcode boss Adam Beyer recently published a live mix from Cavo Par Adiso in Mykonos that begins with Radio Slave’s edit of Humate’s “Love Stimulation,” a tune that fit perfectly with Fabio Neural & Fideles’ “Shamana.” The latter is out on Drumcode’s sub-label Truesoul, and sounds almost like it would be right at home in a darker Armin Van Buuren set. Well, before he started trying to fit in with the EDM crowd, that is.

Of course, big daddy Sven is still as trancy as ever. He even told RA back in 2006 that “Actually I think I play trance,” and he most certainly still does. Of course, his trance has always leaned towards the techno side of the genre. But if there’s a more euphoric techno DJ on the planet playing today, I’ve yet to hear them. It’s one of the reasons he’s long been one of my favourites, and why any return to the uplifting melodies that made trance so popular is so exciting.

Trance became the biggest genre in the world because of its raw, emotional energy and power to bring clubbers together. And now, because of a few brave techno acts, it once again is. Many of your favourite djs will tell that they actually like or played trance.. Trance revival, here we come.